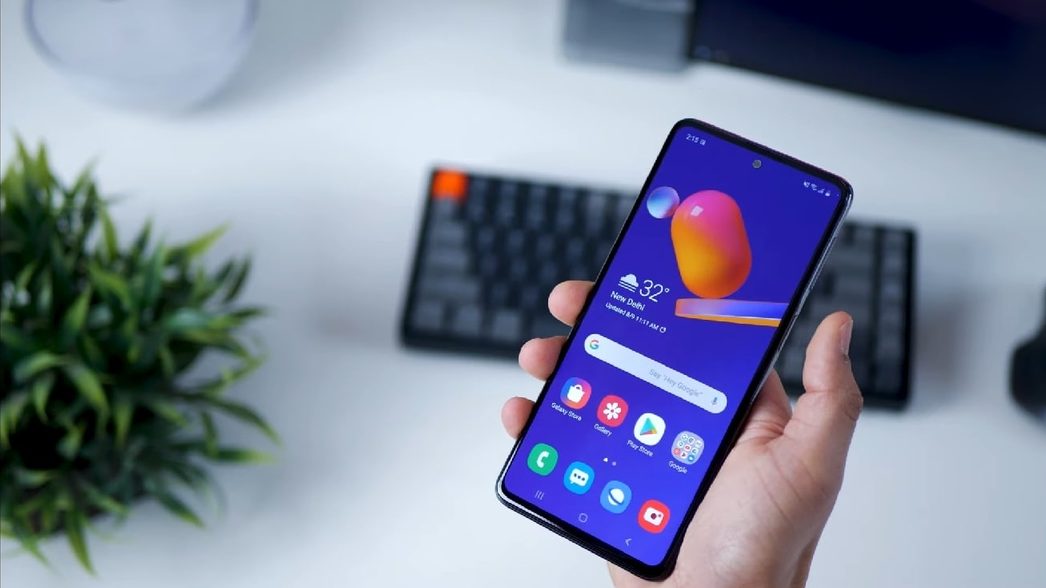 A month has passed since the release of the new Samsung smartphone (July 30, 2020), but users began to pay attention to the attractive gadget only now. The model continues the sensational Galaxy M line and once again proves to the world that the budget is not a toy for a year or two.

Of course, the Chinese mass market and the Korean one should be distinguished, because a phone for 20 thousand rubles from Samsung is not another faceless model, but a real techno bomb, consisting of the latest trends, at a decent price. What is the Galaxy M31s capable of? Let's find out! 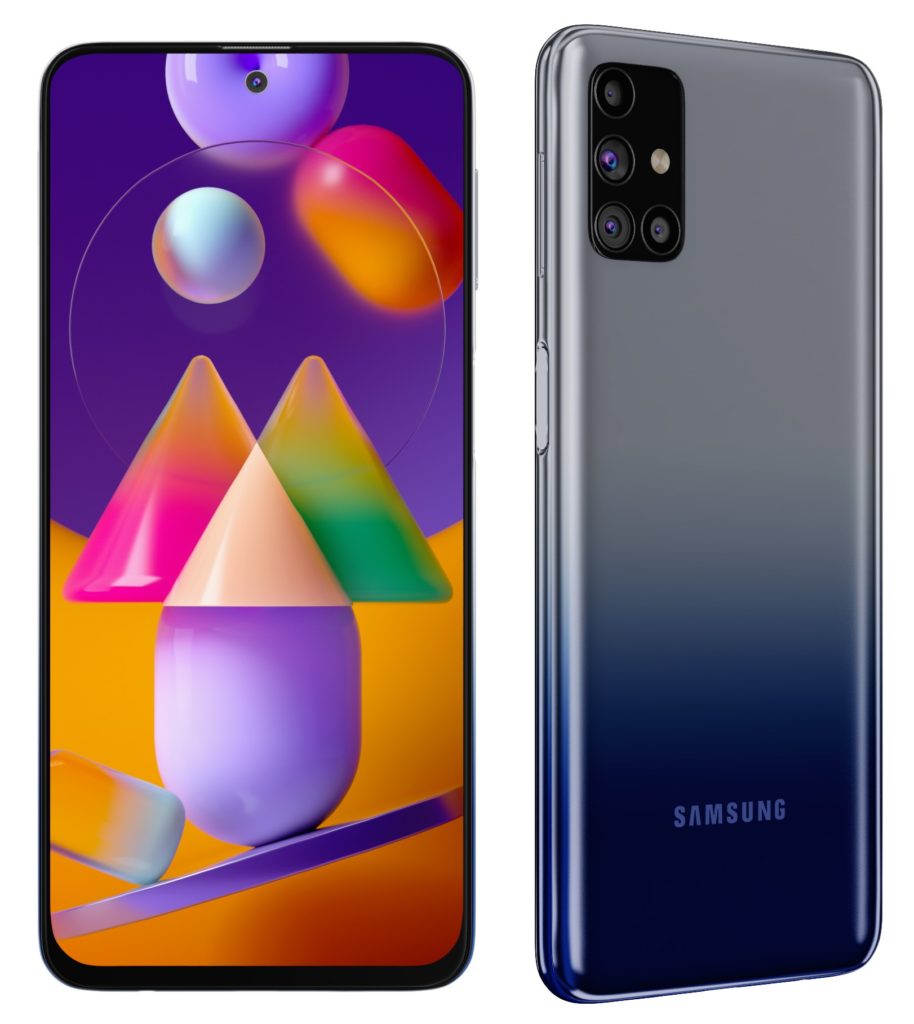 The budget segment of Samsung smartphones has been replenished with oversized models for 2 years already, it is noteworthy that every year the models are higher and wider. For example, the dimensions of the Galaxy M31s are 15.9 x 7.4 x 0.9 cm. At the same time, it is convenient to operate the phone even with one hand, but not for long, since its weight is 209 grams.

The body of the phone is reliably disguised as tempered glass, but after the purchase it will become clear that in fact it is "plastic" - something between plastic and glass. It is durable and quickly wipes off dirt. The front part consists of glass, but it is already fragile, despite the protection of Corning Gorilla Glass (only 3 generations).

Therefore, immediately after purchasing it is worth getting a protective glass and a cover!

It is worth noting that the new product practically repeats the design of the Galaxy M21, which was released in May 2020. In the upper left corner of the back is a massive glossy block of four cameras, as well as a flash. The black bezel surrounding the block protects it from damage. The logo is placed in the lower border.

The only difference is the fingerprint scanner on the side next to the unlock button and volume rocker.

Interesting to know! In order to turn on the phone with your fingerprint, you need to swipe along the scanner tape, and not just put your finger on.

The front camera is made in a "U" -shape and hangs over the screen, the lower part is covered by a black strip (5 mm). Also, the developers have kept the jack for wired headphones. He, like the USB connector, is on the bottom. Pretty practical solution in case of rain! 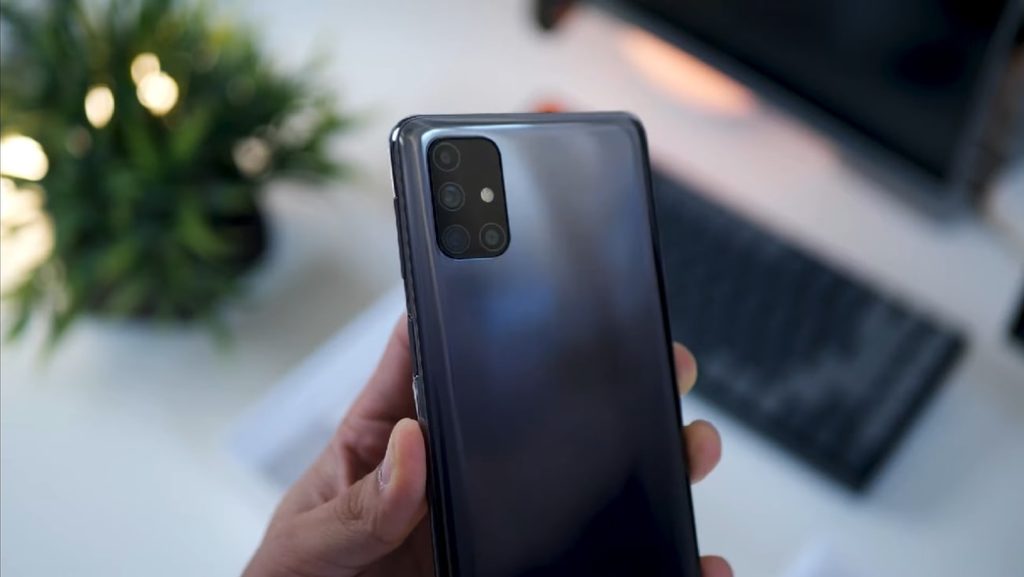 The package bundle of the Galaxy M31s is distinguished by a miniature box, in which, in fact, only the necessary things were put:

Unfortunately, users will not find transparent cases in the boxes; they will have to buy them on their own. The body of the model is easily soiled and even a drop of water can leave stains, so choose bright colors. Meanwhile, there are only two of them: black and blue with a gradient. 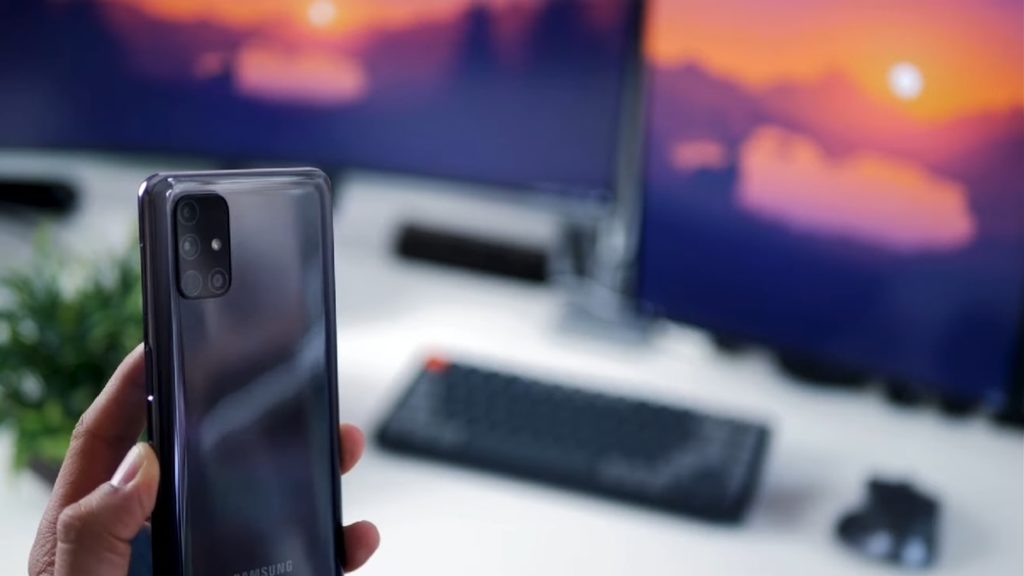 Speaking about the fact that the Samsung Galaxy M31s is a budget techno bomb, it will not be superfluous to mention a huge and sufficiently high-quality display. Its dimensions are 6.5 inches in a 20: 9 ratio. The maximum resolution is 1080 x 2400, and the pixel ratio compared to the previous version is slightly, but increased - 405 ppi.

The developers could not leave the novelty without a high-quality and non-budget Amoled matrix. Its main feature is a huge range of screen settings, from brightness to sensitivity. In the tab of the smartphone of the same name, the user can choose the saturation of the palette (natural colors, as well as by levels). Moreover, there are such settings as: font size; scale of icons and widgets; blue filter, which can be turned to maximum, and screen sensitivity. The latter will be especially true in winter!

Another plus is the function of displaying time on the lock screen (Always-on-display).

Brightness deserves a separate paragraph. Besides the fact that there are manual and automatic modes, users are given the option of "dimming the screen". At maximum brightness, even in sunny weather, Samsung Galaxy M31s does not "glare", and at night it is quite suitable as a backlight instead of a flashlight.

Operating system and its features 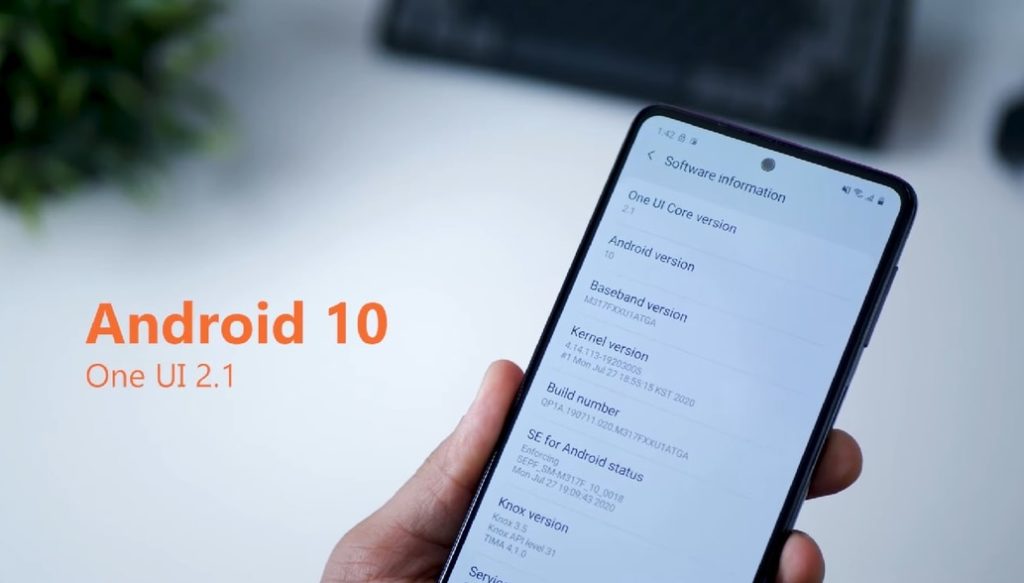 Despite the fact that many are already familiar with the Android 10 operating system, Samsung will still make some adjustments to the operation of the smartphone and you need to be ready for this.

Where are the cons?

Quite small, but they are. For example, smartphones of the Galaxy M line do not have a built-in audio player, it will have to be downloaded from the play store. Also, the calculator does not have a currency converter, and you will have to deal with cameras and a variety of modes for more than one day. 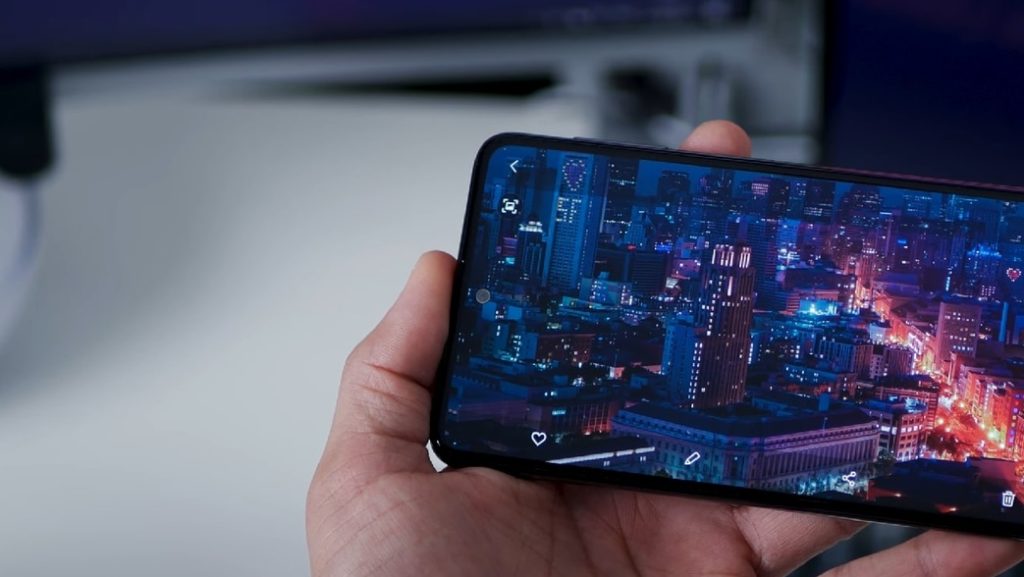 At the heart of the Galaxy M31s, in addition to Samsung's proprietary matrix, is also the popular Exynos 9611 chipset, which is significantly superior to Snapdragon 712, no matter how English-speaking users complain that they want Qualcomm. The powerful processor has 8 active cores divided into 2 equal clusters.

The first has 4 cores with a clock frequency of 2.3 GHz (Cortex-A73), and in the second the remaining 4 cores with a frequency of 1.7 GHz (Cortex-A53). The phone is quite suitable for a gaming one, as it supports most of the modern 3D games, such as WoT, Pubg and others, through DirectX 12 and integrated graphics. In addition, the smartphone responds quickly to touch.Works well, even with 5 active dimensional applications. 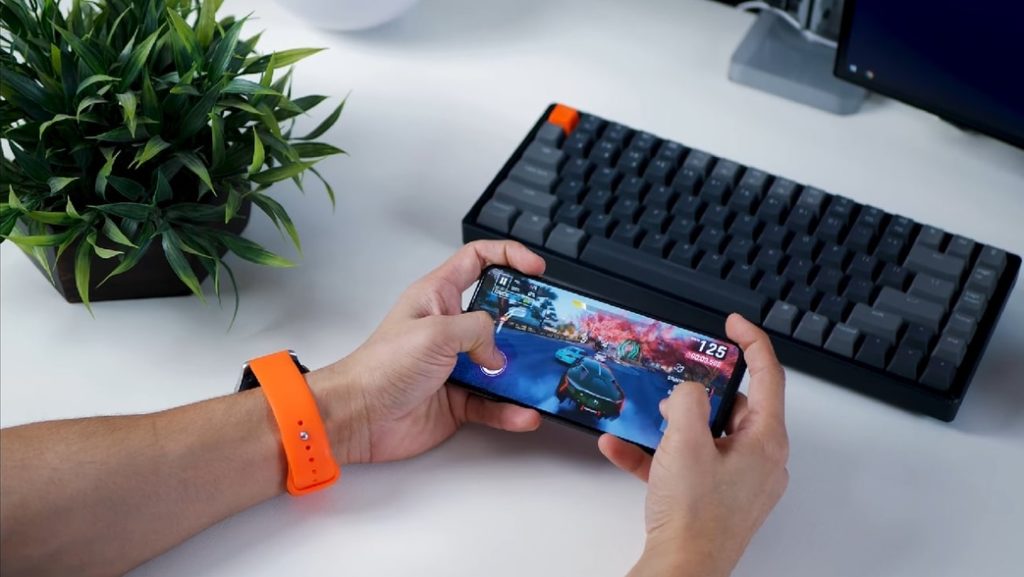 A feature with sound! After connecting the headphones, in the speed dial shutter, you can select the "Dolby Atmos" function, which improves sound and volume at times. 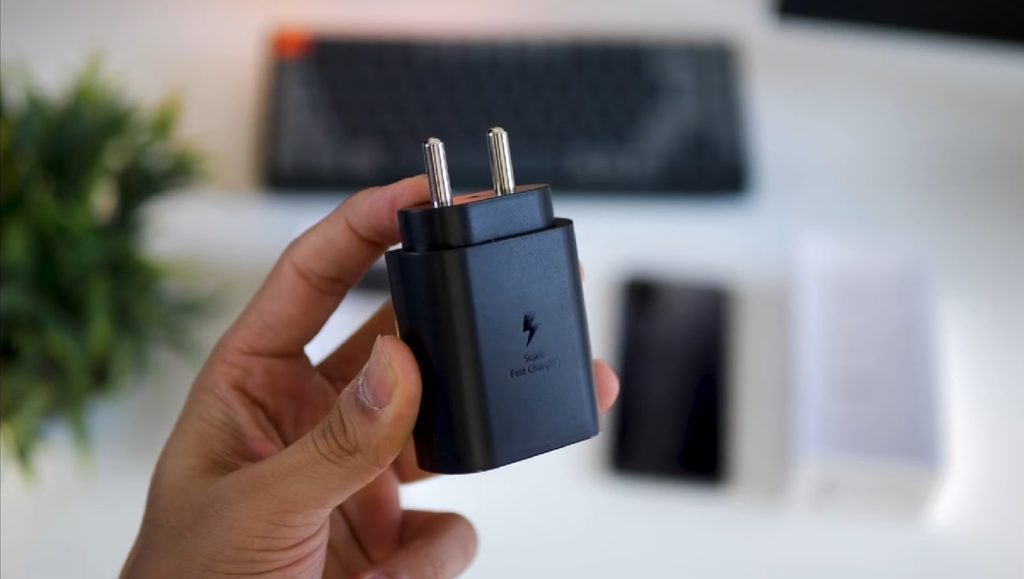 The battery capacity of the Samsung Galaxy M31s is the first to boast. The new product has a non-removable battery stock of 6000 mAh. With such numbers, even the most active user will not discharge the phone in less than a day. This is how much, on average, one charge is enough for 100%, taking into account the use of instant messengers and applications with the Internet. The 4K video playback test completely discharged the gadget in 10 hours.

Additional functions - Fast charging at 25 Volts. 16% will be replenished in just 15 minutes! 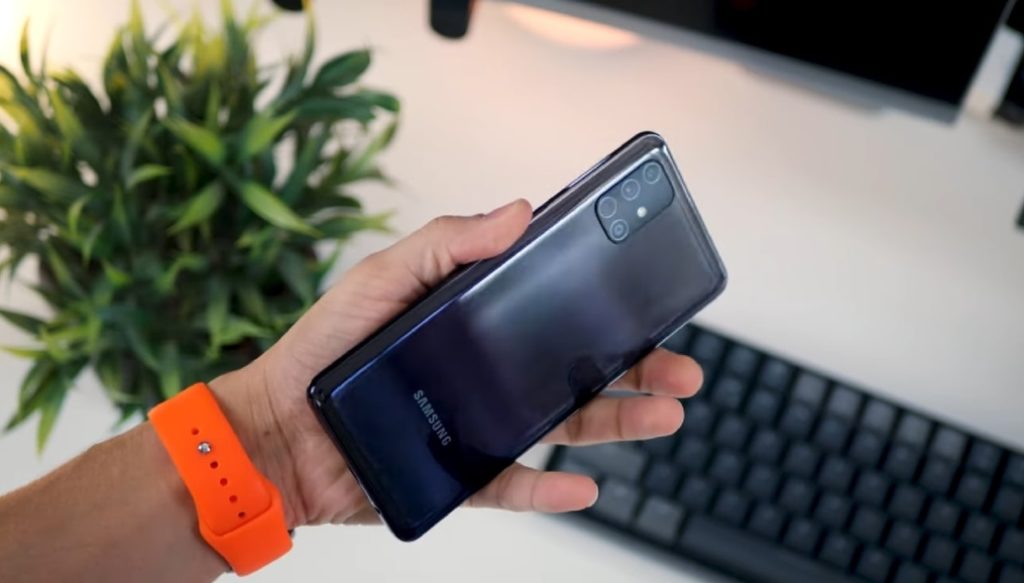 The first example shows images taken with the main camera. In the first case, the total number of pixels is 76! This is due to the fact that both the first and second lenses are active. It is worth noting the saturation of colors, especially green and blue. Despite the evening time, the palette did not fade to gray. In the second photo, the widescreen mode is turned on, so the camera captures more space without losing the quality of even small details. 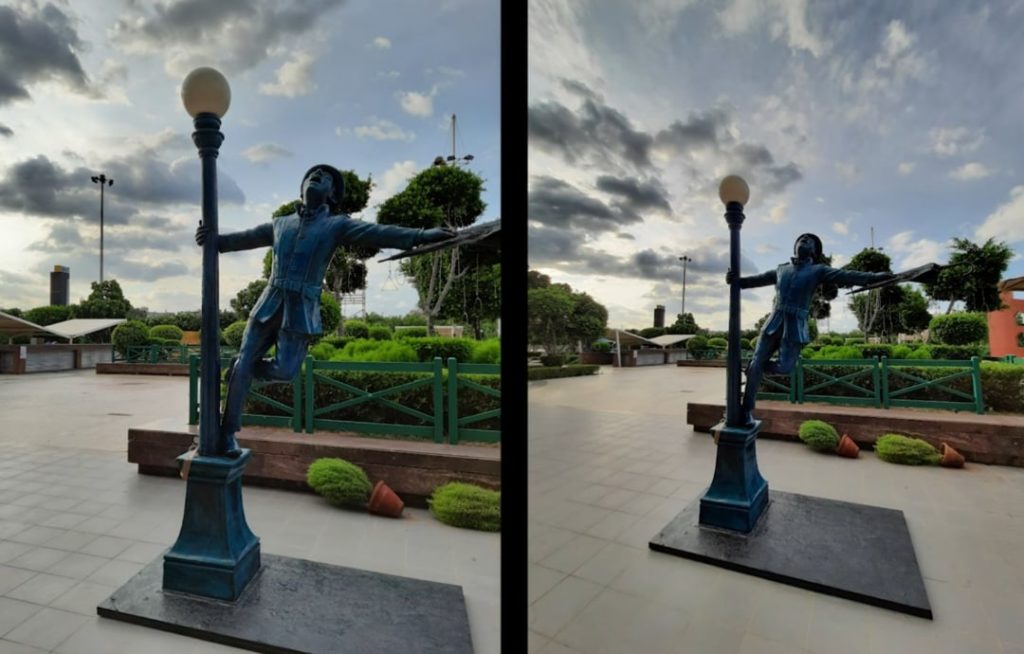 The second example shows a photo with artificial light. The palette is also bright, there are practically no highlights and blurred details. You can also see that both the first and second photos are stretched, here the 3rd and 4th sensors come into play. Due to the special angle, the picture acquires depth. Also in the second photo, a delicate macro is performed, the foreground is clearly visible, and the background is slightly blurred. 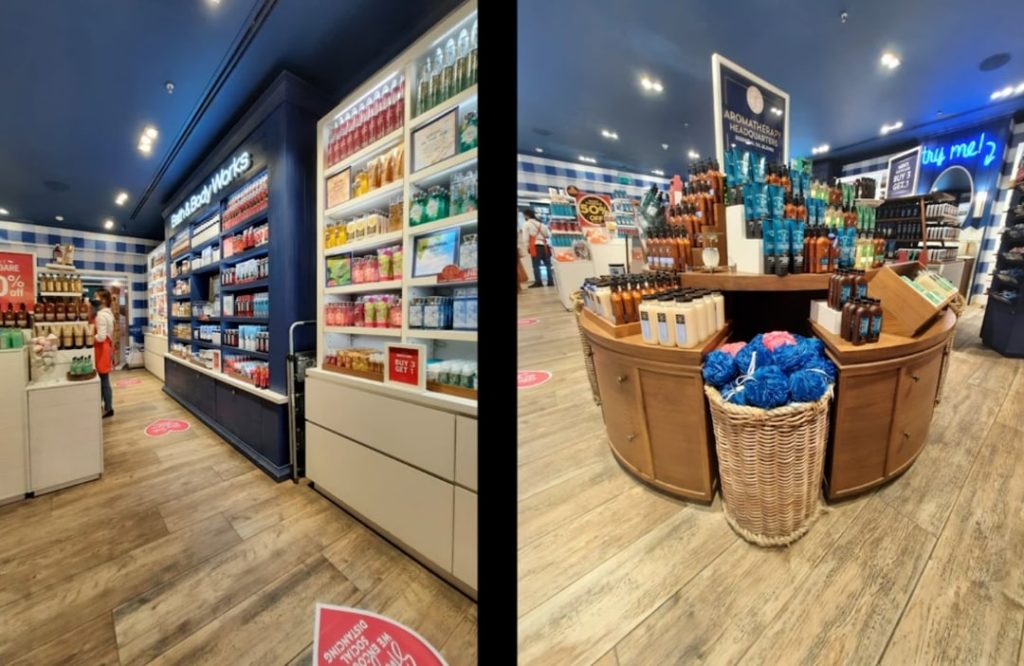 The announced price of the novelty in the CIS reaches 20-23 thousand rubles. For Samsung products, this is not money. Such a wide range of possibilities in a beautiful finish currently surpasses the popular Honor and Xiaomi, because the Korean brand is reliable!

This model will suit everyone, without exception. It is adapted for both social. networks due to a high-quality camera, and for games due to the battery. Samsung Galaxy M31s has no age restrictions, especially since the design will perfectly complement the images of modern youth, as well as the serious dress code of office workers.